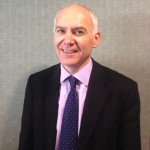 Professor Brian Ferguson is Director of the NIHR Public Health Research (PHR) Programme and Chair of the PHR Prioritisation Committee. He was on the programme's advisory board between 2009 and 2014.

Brian joined Public Health England in 2013 as Director of Knowledge and Intelligence and was PHE's Chief Economist from 2015 - early 2021. He was on the programme's advisory board between 2009 and 2014. He is a member of the International Editorial Board for the journal Public Health and has chaired the Research Advisory Committee of the National Diabetic Eye Screening Programme since 2011.  Until recently he was Chair of the OECD Expert Group on the Economics of Public Health.

Brian has previously held posts as Deputy Director of the Centre for Health Economics, University of York, and was the founding Professor of Health Economics in the University of Leeds. He was a member of the National Public Health Career Scientist Award Panel for five years and was a PCT non-executive director for four years. Brian was a member of NICE’s Public Health Interventions Advisory Committee from 2005 to 2008.