NIHR researchers have shown that a surgical procedure for some young children with cerebral palsy improves their mobility and quality of life.

Around one in 400 children are born with cerebral palsy in the UK each year, and approximately 30% have two limbs affected by spasticity. Spasticity is the result of damage to the brain and causes muscle stiffness and problems with mobility. The difficulties this causes can change as the child grows.

Existing therapies to help improve function and movement in children with cerebral palsy include long-term physiotherapy, medication and orthopaedic surgery. An alternative treatment for some children is selective dorsal rhizotomy (SDR). This is a complex surgical procedure that can be carried out to reduce tight and stiff muscle tone in the legs by cutting some of the sensory nerves from the legs as they enter the spinal cord.

Recovery from SDR requires intensive physiotherapy to relearn muscle control and movement. Although SDR isn’t a cure for cerebral palsy, it may improve a child’s mobility and independence while reducing the number of orthopaedic procedures they need. 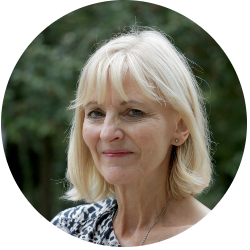 Previously SDR had not been routinely offered by the NHS, because the procedure is expensive and there was too little evidence of its benefit. In 2014, researchers at the NIHR Guy's and St Thomas' Biomedical Research Centre (BRC) and King’s Technology Evaluation Centre were commissioned by the National Institute for Health and Care Excellence (NICE) to investigate whether SDR did improve outcomes for eligible children with cerebral palsy.

Because of our position within the NIHR Guy’s and St Thomas’ Biomedical Research Centre, we were able to draw upon the centre’s extensive expertise in biostatistics, database development and data management to design and conduct this robust evaluation that has led to clear, and almost immediate, patient benefit.
Professor Janet Peacock

Evaluating the effectiveness of surgery

Working in conjunction with paediatric neurosurgical specialists, the researchers prepared a database to analyse the outcomes of children who underwent surgery to see if SDR improved children’s conditions.

Between 2014 and 2016, teams at five NHS paediatric neurosurgical centres in England selected children for surgery who were aged between 3 and 9 years and who were in levels 2 or 3 the Gross Motor Function Classification System (GMFCS). This group of children were able to walk, either with or without the help of frames, and were considered the most likely to benefit from SDR.

A total of 137 children underwent the SDR procedure and then followed a 2-year course of physiotherapy. During the follow-up period, the research team assessed changes in the children’s function and mobility from before and 2 years after the surgery using scores on the Gross Motor Function Measure (GMFM-66). Changes in patients’ quality of life were also evaluated based on the Cerebral Palsy Quality of Life Questionnaire.

The study results, published in Lancet Child & Adolescent Health, clearly showed that SDR followed by intensive physiotherapy benefited children by improving their movement, quality of life and levels of pain. The GMFM-66 scores increased in almost all children from before surgery to 2 years afterwards, with the greatest improvement found for those children with more limited mobility before the surgery. The children’s feelings about functioning, physical health and self-esteem were markedly improved.

Miss Benedetta Pettorini is a Consultant Paediatric Neurosurgeon at Alder Hey Children's NHS Foundation Trust and a co-investigator on the study. Commenting on the benefits for children she has performed SDR on, she said: “The outcome for the patients is very favourable, in terms of mobility and quality of life. Generally, fatigue and endurance are significantly better, which leads to keeping up with their peers and increased confidence.”

The study also found that there were no significant health risks to the children from the procedure. Parents and carers said that children’s emotional wellbeing and their perceptions about their abilities had improved since surgery. The most common problem experienced by children after SDR was wound infection and painful sensations in their feet and legs, but most of these problems resolved over time.

In a cost-effectiveness analysis, the researchers found that although SDR may be associated with slightly higher short-term costs, the longer-term costs were similar or possibly less for those children who received SDR. With better mobility, children who receive treatment may suffer from fewer complications arising from cerebral palsy, so overall the analysis indicated that SDR could be considered cost-effective.

The positive results from this study led NHS England to fund SDR for eligible children with cerebral palsy from 2018. To be eligible for SDR children must be aged between 3 and 9 years and either level 2 or 3 on the GMFCS. Children who are ineligible for NHS funding may still undergo privately-funded SDR.

“Our evidence directly informed the NHS England policy decision to commission SDR for eligible children with cerebral palsy,” said Professor Peacock. “Further follow-up of the children is essential to confirm the sustainability of the improvement seen at 2 years post-surgery, and to rule out any long-term safety issues.”

Meindert Boysen, director of the Centre for Health Technology Evaluation at NICE, said: “The study supports the recommendation for selective dorsal rhizotomy as an option to improve walking ability in some children we made in our 2012 clinical guideline on the management of spasticity.”

This addition to the evidence base means that some children with cerebral palsy will now be able to access this treatment within the NHS in England.
Meindert Boysen, National Institute for Health and Care Excellence

Dr Chris Verity, a consultant paediatric neurologist at Addenbrookes Hospital, chaired the steering committee set up by NHS England to plan and oversee the study. He said: “It was key to gather robust evidence of improvement after the operation when deciding whether or not it should be routinely available for suitable children in England and Wales. This study shows objectively that the procedure does improve motor function and doesn’t have dangerous side effects.”

For some children with cerebral palsy and their families this could really improve quality of life and help children walk more easily and without the use of walking frames and other aids.
Dr Chris Verity, consultant paediatric neurologist