NIHR researchers have shown that early cancer diagnosis rates can be improved in primary care by increasing symptom awareness and reducing referral delays. Their research has contributed to national guidance developed to support GPs’ decision making and improve cancer survival rates in the UK.

Delays in the diagnosis of cancer are largely responsible for the poor survival rates for people with some cancers in the UK. Although the number of deaths from cancer have improved over recent years, the UK’s mortality rates are higher than average across Europe. In 2007, the NHS Cancer Reform Strategy set a target that three-quarters of cancers should be diagnosed at a curable stage, which means more patients need an earlier diagnosis of cancer.

Almost 90% of patients with cancer are diagnosed after visiting their GP in primary care. For patients to receive an earlier diagnosis, three areas of primary care need to be addressed: patients need to visit their GP with their concerns earlier; GPs should consider whether a symptom may be related to cancer earlier; and they must refer more patients for specialist investigation. 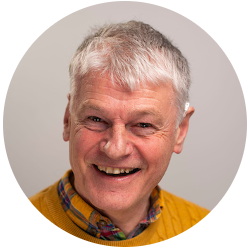 With the aim of improving earlier diagnosis and survival rates in line with the Cancer Reform Strategy’s target, NIHR Programme Grants for Applied Research (PGfAR) awarded £1.9 million funding to a group of leading UK researchers to develop the Discovery programme of studies. Drawing upon the expertise of researchers from six UK universities that collaborate within the NIHR School for Primary Care Research (SPCR), the funding was used to design and then test different pathways for patients to be assessed for and diagnosed with cancer.

Professor Willie Hamilton, Professor of Primary Care Diagnostics at the University of Exeter, led the programme. He said: “In the UK we don’t perform as well as we could: we know that patients could present quicker to primary care but there is also evidence that, for some, a number of visits are necessary before investigation for possible cancer is started.”

Early diagnosis of cancer is crucial to getting the best treatment and to improving chances of survival.
Professor Willie Hamilton, chief investigator of the Discovery programme

Discovery was a patient-centred programme of studies targeting three different areas of cancer detection in primary care, referred to as the SYMPTOM, CAPER and PIVOT studies. Patients' views were represented from the studies’ design through to analysis of their results, to ensure any recommendations from the research would reflect patients’ needs.

Improving awareness amongst GPs and patients

The SYMPTOM studies collected information from patients who had been referred by their GP for specialist cancer testing. Using questionnaires and interviews, the researchers investigated why patients decided to visit their GP with a possible cancer symptom, and which symptoms people were more likely to delay seeking a diagnosis for.

Findings from this research have informed national public awareness campaigns, such as ‘Be Clear on Cancer’ launched in 2011 by the Department of Health and Social Care (DHSC), which encouraged people to visit their GP without delay with any signs of cancer.

The findings also highlighted the need for GPs to be aware of cancer symptoms among people with several health conditions or poor mental health as their conditions may mask signs of cancer. PGfAR has since awarded Professor Hamilton’s research team a further £1.8 million to focus on identifying cancer in groups of patients with pre-existing medical conditions, such as obesity and diabetes, via the SPOtting Cancer among Comorbidities (SPOCC) programme.

The CAPER studies focused on understanding the risk of cancer for an adult patient with a particular symptom or test result, either as a single symptom or a combination. The team analysed data about specific symptoms collected from patients who were and were not later diagnosed with specific types of cancer, including bladder, kidney and pancreas, and used the evidence to produce a series of 18 risk assessment tools (RATs).

Identifying patients with cancer or recognising those needing investigation is challenging for GPs. RATs show GPs what a patient’s risk of having a possible cancer is and guide their decisions about whether the patient should be referred for specialist testing. The first RATs for lung and colorectal cancer were available to GPs as computer mouse mats.

With support from Macmillan Cancer Support charity, the team converted the RATs into electronic software (eRATs) that searches patients’ medical records for possible cancer and notifies their GPs. Evidence has shown that RATs can improve GP referral rates for, and detection of, colorectal cancer. The tools are also being used in Australia, Denmark and Sweden. The NIHR Clinical Research Network is currently supporting the recruitment of 530 GP practices for a large randomised controlled trial to evaluate how clinically and cost-effective eRATs are for helping diagnose six types of cancer.

Commenting on the progress towards clinically evaluating eRATs, Dr Anthony Cunliffe, National Clinical Adviser (Primary Care) at Macmillan Cancer Support said: “Primary care plays a vital role in diagnosing cancer, but complicated and unclear symptoms can make this challenging. This tool was designed to encourage GPs to ‘Think Cancer’ and provide them with the support and confidence to prioritise patients for referral or investigation.”

We’re pleased this tool is to be trialled in GP practices as it has real potential to improve and simplify cancer diagnosis and save lives.
Dr Anthony Cunliffe, Macmillan Cancer Support

The aim of the PIVOT studies was to involve patients in the decision-making process when GPs consider referring them for investigation for cancer symptoms. Using questionnaires about specific lung, pancreatic and colorectal cancer symptoms, participants were asked about their preferences for referral for testing.

The researchers found that patients wanted to be referred at much lower levels of risk for cancer than NICE guidelines at the time (2013) recommended. These results have been published in The Lancet Oncology. The PIVOT studies’ evidence informed the revision of the 2015 NICE guidance Suspected cancer: recognition and referral (NG12), which now advises GPs to refer patients who have a 3% chance of having cancer for further testing, compared with 5% previously.

The Discovery programme of studies has played a key role in improving early diagnosis of cancer in the UK and contributed to 30 recommendations in the new NICE guideline, on which Professor Hamilton was the clinical lead. Professor Hamilton said: “The NICE guideline has had a major effect on cancer diagnostics – especially on the patient with a low-risk or non-specific symptom. Such patients had long diagnostic delays, and worse outcomes. Now their time to diagnosis is as quick as the traditional high-risk or alarm symptoms.”

The resulting changes in clinical practice have reduced the number of cancers being diagnosed as an emergency by around 1% each year, as well as the time to diagnosis of cancer after presenting with a symptom. This has saved approximately 15,000 lives over 5 years.

The research has also contributed evidence to other initiatives, such as the DHSC’s Accelerate, Coordinate, Evaluate (ACE) programme, which evaluates new methods used to diagnose cancer to improve earlier diagnosis rates.

Since the Discovery studies were published, the NHS Long Term Plan has outlined an ambition to diagnose 75% of cancer patients at an early stage by 2028. In support of this, a number of further studies relating to the Discovery programme have been undertaken by teams within the NIHR SPCR collaboration. NIHR continues to support the research, for example through the NIHR Applied Research Collaboration South West Peninsula (PenARC), which improves health through medical research that addresses local health needs, and the NIHR Policy Research Unit (PRU) in Cancer Awareness, Screening and Early Diagnosis.

Early diagnosis remains a vital area where we can improve cancer care and it is heartening to see the strength of support from the NIHR in tackling this, and hopefully improving the UK’s cancer outcomes to the upper end of the international league table.
Professor Willie Hamilton