The burden of diabetes care 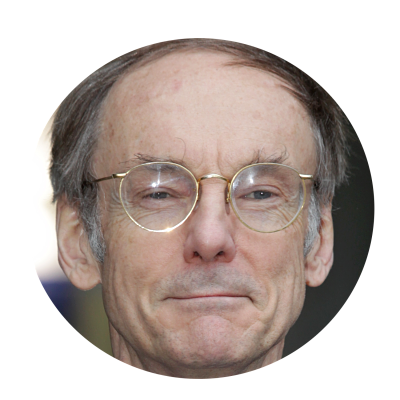 Diabetes is a serious condition where an individual’s blood glucose level is too high. There are two main types, type 1 and type 2, and both are serious. Around 90% of people with diabetes have type 2, where the body either does not produce enough insulin or the cells in the body do not respond to insulin.

The number of people diagnosed with diabetes in the UK is 3.9 million. The disease accounts for 10% of the health service budget, even before social care and costs of complications are factored in.

“Empowering individuals to make decisions about their condition is huge,” says Professor Taylor, Director of Newcastle Magnetic Resonance Centre at Newcastle University and an Honorary Consultant Physician at Newcastle upon Tyne Hospitals NHS Foundation Trust. “There is a possibility of regaining health and longer term freedom from type 2 diabetes, rather than medication and increasing complications. Giving people this choice is enormous.”

In 2006 a patient came to see him, asking what many patients ask: “why me?” and “how can I get out of this?”. The patient feared the complications of type 2 diabetes and was open to trying something new.

Professor Taylor and his colleagues had shown that people with type 2 diabetes did not handle glucose well in the liver and that this was directly related to the amount of fat in the organ. He came up with a plan to reduce the fat in the liver by reducing overall body fat. This, he believed, would improve the sugar control.

“This person was determined to do what I outlined as being the escape from diabetes. Much to my surprise, they were able to stop the tablets and their indices went back to normal,” he says.

Over the months that followed, Professor Taylor developed the twin cycle hypothesis, which postulates that both the liver and the pancreas struggle with too much fat in people who are overweight. The liver resists insulin action and the pancreas slows its rate of making insulin after meals. Both spiral faster and faster, and the result is type 2 diabetes.

Practical application of the knowledge

The charity Diabetes UK provided a small grant to test the theory and, based on a straightforward physiological calculation, 11 people with diabetes were put on a novel 600-800 calorie per day diet to lose 15kg over eight weeks.

The diet seems dramatic, but the proof of the hypothesis was striking: over the first seven days, glucose fell to normal because the insulin resistance of the liver completely disappeared. During the eight weeks, the fat in the pancreas fell and the organ’s ability to make insulin came back to within the normal range.

NIHR funded the next phase of the research - the Counterbalance study (Counteracting BetA cell failure by Long term Action to Normalize Calorie intakE) - via the NIHR Newcastle Biomedical Research Centre. This study of 30 people, recruited through the NIHR Local Clinical Research Network North East and North Cumbria, took a three-step approach to the diet. Participants started with strict calorie reduction, via a liquid diet of three shakes per day plus a small amount of vegetables. This was followed by the reintroduction of ordinary eating, and learning how to eat healthily in the long term.

All participants were followed for up to six months. Those whose weight remained steady not only experienced a reversal of their diabetes, but maintained the reversal.

“It was the early results of that study that allowed us to lay the basis for design of the big study that followed,” says Professor Taylor. “The NIHR funding was essential in being able to build on these early discoveries and translate them into real changes in healthcare management for patients living with type 2 diabetes.”

Counterbalance confirmed that if someone loses weight and keeps the weight off, they can stay free of diabetes. It also identified that individuals have their own personal threshold developing the disease: while one person may be able to live diabetes free with a high body mass index (BMI), another person with a lower BMI may develop type 2 diabetes before this point.

After the success of Counterbalance, the larger DiRECT trial (DIabetes REmissions Clinical Trial), funded by Diabetes UK, confirmed and extended the result, showing how the diet and patient support could be rolled out into everyday health practice.

Professor Taylor maintains that listening to and understanding the main problems for people losing weight is what led to the three-step diet: “I had to come up with something that wasn’t associated with too much hunger and would involve no decisions from day to day. With a packet of liquid food you take away difficult decisions because the only choice is flavour. We also knew that once these diets are established individuals aren’t troubled by hunger.”

The three-step approach was developed on the basis of patient feedback from the first trial. Patients on subsequent trials were also invited back after the study to hear the results and so researchers could after ask what it was like for them. “People felt so well they were reluctant to come off the diet. They described a total panic upon returning to the kitchen and deciding what to cook, so we saw an opportunity: a blank slate on which to write new dietary habits,” says Professor Taylor. “Listening to the patients has been taught classically from Hippocrates onwards and is invaluable.”

NHS England is now piloting the low-calorie diet in 5,000 people with type 2 diabetes in 10 areas in England.  The pilot took lessons from DiRECT and from another NIHR-supported trial called DROPLET, which looked at obese individuals and tested exactly how low-calorie diets and weight maintenance can work in everyday practice.

Taylor concludes: “It’s enormously exciting to see the practical effect of the scientific knowledge with such a quick turnaround from the initial work. We are playing for incredibly high stakes and the impact could be huge.”

Finding the optimal way to deliver healthcare in care homes