Dr Ruth Riley developed a performance art piece to share the stories of doctors interviewed for her NIHR-funded research on doctors’ mental health, as a novel way to raise awareness of mental health issues and create impact from her research.

Stories are powerful tools to influence decision-making, and live theatre can craft those stories into performances with an emotional resonance that touch audiences to improve understanding and change attitudes in a way that selected quotes in a scientific paper cannot. Dr Ruth Riley used this approach to create a performance art piece called ‘PreScribed’, to transform the knowledge from her research into a compelling format. Around 1,500 to 2,000 people saw the performance, raising awareness of doctors’ mental health issues and shifting attitudes. 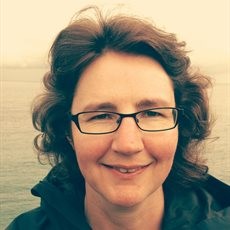 Ruth Riley knew that doctors were suffering from mental health problems and severe stress. But few were talking about it, partly because of the stigma of ‘help providers’ needing to seek help themselves. Her PhD thesis on empathy and GPs’ consultation styles revealed a wide-spread problem that needed further investigation.

Before developing a research proposal though, she had informal conversations with about 10 doctors, who helped her to clarify the research question and shape the design of this qualitative study.

Two service users, two clinical GPs and three academic GPs from across the country were co-applicants, as was a medical student activist for student doctors’ mental health. In addition, Ruth rang the former Chair of the Royal College of General Practitioners / Medical Director of the practitioner health programme, whom Ruth had not met; the Chair agreed to be a co-applicant. Thus, the team was a mix of research users, academic and clinical doctors from various stages of training with influence across many different networks including students and national policy-making bodies.

Ruth was awarded £136,000 in funding by the NIHR School for Primary Care Research to investigate the topic. As the design was developing, Ruth started thinking about how best to share the doctors’ stories. She wanted to do justice to the accounts by making them come alive.

Fortunately, an opportunity presented itself while the study was in development. The Elizabeth Blackwell Institute (EBI), a University of Bristol unit that carries out public engagement and other activities, put out a call for health researchers to work with artists.

Shortly Ruth was awarded funding from the NIHR School for Primary Care Research, her proposal was accepted by the EBI. EBI allocated £34,000 in funding, of which 40% came from the Arts Council. Ruth and a panel of others interviewed several artists and chose Viv Gordon, who had herself experienced mental health issues to work with Ruth and her co-investigator Johanna Spiers to develop a performance piece.

Ruth, Johanna and Viv met frequently to co-produce the piece. Ruth and Johanna provided about 20 transcripts, and Viv shared recent revisions of the script which drew on her lived experience, imagination and empathy while remaining faithful to the participants’ stories. Meanwhile, Georgina Bladon from the EBI was finding venues for the production, co-ordinating the researchers and Viv and generally ensuring that things proceeded smoothly.

The piece was called ‘PreScribed’ and debuted at the ‘Feel It Festival’ in Bristol in November 2016, as part of Wellcome Trust funded engagement activities. Made up of doctors, researchers, performers and others, the audience response was powerful, with several in tears. After receiving excellent feedback, the EBI was keen to show the production elsewhere.

EBI organised six performances across the country, which were followed by a Q&A session. The production appeared in the 2017 Fringe Festival in Edinburgh where it ran every day for two weeks. Again, it received excellent feedback, for example:

The first thing that struck me was that I have never thought of the person behind the GP mask….Who cares for the carers?

[I’ve learnt about] the shame of admitting to another doctor that you are struggling….Thank you for this work.

In total, perhaps 1,500 to 2,000 people saw PreScribed. The aim of the piece was to raise awareness of doctors’ mental health issues and shift attitudes. Although the evaluation forms suggest that these might have been met, unfortunately Ruth left the University of Bristol before the data were fully analysed. Thus, the extent of the impact of the performance was not successfully captured.

Stories are powerful tools to influence decision-making, according to research evidence. Qualitative research naturally lends itself to stories. Live theatre can craft those stories into performances with an emotional resonance that touch audiences to improve understanding and change attitudes in a way that selected quotes in a scientific paper cannot.

Ruth was thinking about how to create impact from even before the study was designed. She saw a unique opportunity with the EBI call, and took it, even before data collection started. An intermediary organisation like the EBI offering funding and engagement expertise was crucial to transforming research knowledge into a compelling format.

Ruth’s ongoing discussions with student and qualified doctors with the right networks and passion to make a difference helped shape the design, grounded the project and kept Ruth’s enthusiasm up, despite the substantial extra effort needed for this engagement work.

Although Ruth found this “one of the most rewarding experiences” in her professional life, without good quality evaluation it is difficult to show the difference of such significant extra resource.

Early career researchers can be highly effective in galvanising and creating engagement activities.

Doctors as Patients: A qualitative study to explore the barriers and facilitators to help-seeking by General Practitioners with mental health problems: improving access to care