Inspired by her network of users and carers, Dr Katie Featherstone undertook a wide range of engagement activities to ensure her research on acute care for people with dementia influenced policymakers, practitioners and managers.

Dr Katie Featherstone used two awards from the NIHR Health Services & Delivery Research Programme to investigate how to improve care for people with dementia who were in hospitals. Through nurturing her networks, interweaving her passion for film, and drawing on her contacts from the arts, creative and commercial industries, Katie increased awareness and visibility of people living with dementia and their carers, and influenced policymakers, practitioners and managers working within acute hospital settings. 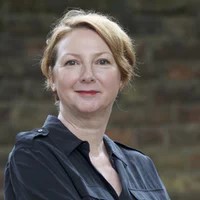 Katie Featherstone wanted to improve care for people living with dementia. She knew there was an immediate and urgent need to get their stories out, if change were to happen.

Long before the research focus had been identified, Katie’s first step away from the desk meant meeting with people living with dementia and their family carers. She learnt that being on hospital wards was one of their most frightening experiences. Unfortunately, it was also common; in 2014 the Department of Health and Social Care reported that at least 25% of acute beds are occupied by someone with dementia admitted with an additional acute condition.

With repeated conversations, Katie and her networks of carers, service users and ward staff identified and refined research questions of key relevance to patients, carers and staff.

After five years of collaborating with highly involved service users and carers as co-applicants, steering group members and chairs, these are the people Katie feels most answerable to, by keeping the focus on improving services.

Katie knew that producing high quality research was important. But to make change happen, the research findings had to be communicated in ways that reflect how people consume knowledge.

Inspired by her network of users and carers, a wide range of engagement, or knowledge mobilisation, activities have been carried out. These included ongoing networking with staff, patients and carers, film, tv and radio, social media Instagram and Twitter, a website and a festival. Funders and collaborators for these activities include Dunhill Medical Trust, The Rayne Foundation and the British Film Institute Audience Development fund, in addition to the NIHR funding.

The patient and carer network grew from 12 to regular meetings of 50 people. Annual ‘consultation’ days help maintain and develop these relationships, where carers and people living with dementia attend for a good lunch, share experiences, and discuss what to do next (costed in at about £4k per event within the research study). One project to emerge was organising festivals for Dementia Awareness Week 2017/2018 in collaboration with Film Hub Wales and Chapter Arts cinema. Six hundred people living with dementia and their families attended these events.

With her passion for and contacts in film, Katie decided to challenge and change the portrayal of people living with dementia and share their personal experiences of hospital care. While she was already working with the local arts centre and cinema Chapter Arts and the British Film Institute (BFI) on another project, Katie suggested ‘dementia friendly’ screenings to run during the daytime to attract new audiences. Chapter Arts and BFI loved the idea, as it was low cost and likely to bring in revenue; time was the only resource needed.

Several years later, although the research team is no longer involved, the screenings continue. This has contributed to a programme of training for cinema staff to extend access and reduce inequalities with:

In the past four years, over 40 films have been created at a cost of about £30,000, mainly for travel, equipment and editing. The filmmakers, who are trained in dementia awareness, donate their time. This funding came in part from NIHR HS&DR. Some films are under 1 minute for Instagram and Twitter, and longer films are on their website 'Stories of dementia'.

The films and their footage will be fed into open access training for frontline ward staff (nurses and health care assistants) to provide the platform for a Massive Online Open Course (NIHR funded) ‘Caring for people living with dementia in acute wards’ (2020).

The collaborations with filmmakers (and artists and illustrators) led to working with television, radio and documentary teams. April 2018 was an especially good month. A friend who is a public relations expert and a member of the wider collaboration of filmmakers and artists mentioned the research “over the water cooler” to a BBC documentary producer. The BBC5 Live team saw the patient and carer films on the website and a summary of the NIHR research report. This led to a BBC Live Investigates documentary (44 mins) on the care of people living with dementia in hospital and a snowstorm of media interest including:

Katie noticed a sea change in her visibility and opportunities to influence after this media attention.

Twitter has linked Katie into wider national and international networks of people living with dementia, carers, activists, clinicians, organisations and academics. For example, Katie recently had a paper published in the International Journal of Nursing Studies and via her and the journal’s Twitter accounts, the paper rapidly became one of their most discussed on Twitter with 280+ hits. In addition, it led to invitations to collaborate with academics in New Zealand and Philadelphia.

Apart from the increased awareness and visibility of those living with dementia and their carers, these knowledge mobilisation activities have influenced policymakers, practitioners and managers working within acute hospital settings.

Given that research evidence suggests that personal interactions are the most effective way of influencing policymakers, Katie has had significant success as she has:

What’s more, her research was discussed in Parliament (12 May 2018) and in the Welsh Senedd (2 May 2018). It is cited in the Welsh Government strategy ‘Together for a Dementia Friendly Wales’ 2017-22. Katie has now become a ‘go to’ person for improving dementia care in Welsh hospitals.

Katie’s work has also had an impact on the ground. Her strong collaborative relationships with Chief Executives, Executive Directors of Nursing, Heads of R&D, and Dementia Boards have helped to inform strategy at hospital and ward levels, for example by developing no cost interventions to inform the organisation and delivery of care. Her films are used for training by many hospitals as part of their Continuing Professional Development for ward staff in collaboration with Admiral Nurses and Dementia UK. An acute trust is building a new hospital with advice from Katie and her team on how to support the needs of people living with dementia. She has supported interdisciplinary hospital improvement programmes on delirium and inappropriate prescribing of anti-psychotics in care homes (a Welsh Government strategic priority).

Overall, Katie’s evolving, opportunistic knowledge mobilisation approach has led to widespread impact influence across national and local policymaking and practice settings in Wales and England. And it all started when she stepped out from behind the desk

Katie started out with a blank sheet of paper. She knew her area of interest but had no idea of the most germane issues to service users, carers and staff. So, she asked.

Through nurturing her networks, interweaving her passion for film and drawing on her contacts from the arts, creative and commercial industries, early knowledge mobilisation activities led to further connections which led to other networks which led to other knowledge mobilisation activities. Katie and her partners tapped into the arts, social media, mainstream media and the press; they didn’t rely on one route. All the while the profile and impact of Katie and her research was growing.

Although Katie did not have experience or knowledge of how to make change happen, she instinctively followed an evidence-based approach, as research suggests stories are powerful ways of influencing attitudes and decision-making. Katie also had funding, as knowledge mobilisation activities were costed into the HS&DR contracts, with supplements from other partners and generous reduced rates from collaborators. Generating impact through widespread collaborations was embedded into her approach from day 1.

Aim of study: To understand ward cultures and the organisation and delivery of bedside care and its impacts on people living with dementia and the role of healthcare staff