Dr Emma Gray, Assistant Director of Research, at the MS Society writes about how recent scientific breakthroughs, and the launch of the landmark ChariotMS trial, funded by an NIHR and MRC partnership, are offering hope to patients with MS.

Thirty years ago, a multiple sclerosis (MS) diagnosis meant going through life never knowing when a new and debilitating symptom such as numb legs or blurry eyesight could occur.

These symptoms are caused by your immune system mistakenly attacking the protective coating around the nerves in your brain and spinal cord.

Today, if you live with relapsing MS - the form of the condition where symptoms can come and go - there are over a dozen disease modifying therapies (DMTs) that help reduce the frequency and severity of these immune attacks.

Yet people with MS still face a scary and uncertain future. Relapsing MS often precedes a steady decline in your body’s ability to perform even basic functions. When this happens, and symptoms no longer come and go, you may get a diagnosis of secondary progressive MS. And for 15% of people with MS, this steady worsening of symptoms happens right from the start - known as primary progressive MS.

Thousands of people with no options

Although a few DMTs for early progressive MS are beginning to emerge, there remain tens of thousands of people with advanced MS who have no treatment options.

Historically, clinical trials in MS have used measures of walking ability to determine efficacy. If you couldn’t walk, you simply couldn’t take part. So with no evidence for the effectiveness of DMTs in this population, neurologists cannot prescribe them. The people for whom maintaining upper limb function is most vital, are left with no way of stopping the devastating decline in their ability to use their arms and hands.

That’s why we’re proud to be a co-funder of the ChariotMS (1) clinical trial - funded by the Efficacy and Mechanism Evaluation (EME) Programme, an NIHR and MRC partnership. ChariotMS is testing whether cladribine - a cancer drug  - slows progression in advanced progressive MS. The first study of its kind, with no upper age limit and open to people with any form of advanced MS, ChariotMS is recruiting participants in the coming months.

Like all existing DMTs, cladribine works by thwarting immune attacks. This helps keep the protective myelin coating intact, but it can’t completely prevent nerve damage. And when a nerve is destroyed, there’s no way to bring it back. To stop MS, we need to also find ways to repair damaged myelin sheaths (remyelination) and protect nerves (neuroprotection).

Recent scientific breakthroughs give us reason to hope. We know remyelination happens naturally in the brain. In MS, that process breaks down so scientists are trying to get it working properly again. At the MS Society Cambridge Centre for Myelin Repair, for instance, they’ve discovered the diabetes drug metformin can trick older myelin-making cells in rats into behaving like younger, more efficient cells.

Progress is not just in the lab either. A small clinical trial is now testing if a combination of metformin and a drug called clemastine can repair myelin in people with MS. Clemastine has also previously shown potential for promoting remyelination. And MS-STAT2, another trial we fund alongside NIHR2, is well on the way to recruiting their 1,000th participant. MS-STAT2 is testing whether simvastatin, a common cholesterol-lowering drug, slows progression by protecting nerves.

Speeding up the research journey

While progress has been accelerating, it feels agonisingly slow for many people with MS. Our challenge now is to speed up the journey from bench to bedside.

We’ve been working on ways to test potential treatments more quickly. Through our Stop MS Appeal, we’re planning a so-called ’platform trial’, where multiple drugs are tested at once. Instead of stopping and starting separate trials, we’ll have a rolling programme that continually adapts with each new discovery.

What the future holds

COVID-19 has slowed us down. Labs were closed for months and some trials unable to recruit new participants. The significant impact on our finances forced us to delay new projects while we focussed on supporting those already underway.
But we won’t let it stop us stopping MS. We believe we’re on track to be in the final stages of testing treatments for everyone with MS by 2025. Some of the best minds in the country are working together to make it happen, drawn to an area of research with so much momentum. There’s still a long way to go but we can see a future where nobody needs to worry about MS getting worse. 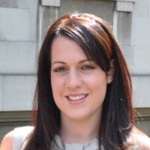 More information on the ChariotMS trial is available on the NIHR Funding and Awards website.

Race equity in health research: Good for the public and the workforce

FAST innovation to improve the health and wealth of the nation