Find out more about the NIHR-supported RECOVERY trial 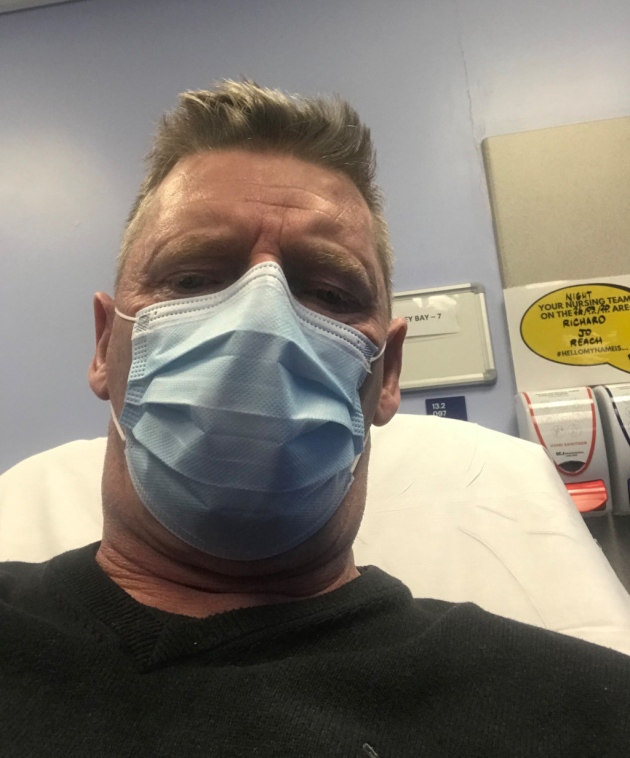 Graeme Brammall, from Cromer, was hospitalised for nine days at the Norfolk and Norwich University Hospital at the end of March after contracting the virus and required high dependency care. During his treatment, the 57-year-old was among the first patients to be enrolled onto the RECOVERY trial which is funded by the NIHR and being led by researchers in Oxford.

The research is open to all adults who are hospitalised with confirmed COVID-19 and tests several medications that are used for other medical conditions that have shown promise of treating strains of the virus in other countries.

The father-of-six, who is a pest technician, had been to A&E for leptospirosis and around a week later began feeling ill at home. After calling 111 and a visit from a paramedic, he was taken to hospital where he learnt he had coronavirus. Upon arrival he was taken to the high dependency ward, to receive oxygen to help him breath.

Mr Brammall said: “I was really, really sore, I was drifting in and out of this world. All I wanted to do was sleep all the time, I had no energy. It is the most frightened I have been in my life. My chest was shaking from the inside out.”

The grandfather-of-three instantly said yes to take part in the trial, as he wanted to help others and was concerned he would not survive.

Mr Brammall said: “At the end of the day if you can help somebody in life and help save lives, you would. How are they going to find a cure? People have to step up to the mark or we are going to be in the dark ages and not move forward.”

When he was moved off the ward, he received cheers from the team as he became one of the first patients to recover after high dependency treatment.

Since returning home on April 8, he says he has begun to feel like himself and has kept busy by clearing out the house and looking forward to his newly finished “mancave”.