A new approach to pre-donation screening was introduced across the whole national blood service as a result of NIHR research, saving around 30,000 people from avoidable anaemia and potential iron deficiency every year.

The NIHR-funded COMPARE study showed the safety of a new approach to screening haemoglobin levels in potential blood donors, which has been put into practice by NHS Blood and Transplant (NHSBT) in England. The new finger-prick test identifies blood donors with low haemoglobin levels before they donate blood – a change that will prevent around 100 donors from becoming anaemic each day.

The need for an accurate test to prevent anaemia 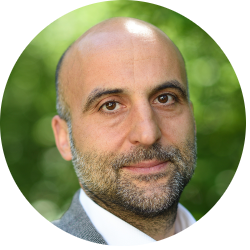 Haemoglobin is an iron-containing protein found in red blood cells that carries oxygen around the body. Blood donation services are required to test donors’ blood before each donation to ensure that their haemoglobin levels are above 135g/l for men and 125g/l for women. A slight decrease in haemoglobin does not necessarily indicate an illness, but a very low level may suggest anaemia or other conditions that require attention.

NHS Blood and Transplant (NHSBT)’s usual method of testing haemoglobin levels in people who have volunteered to make a whole blood donation is to deposit a finger-prick drop of the donor’s blood into a copper sulphate solution. If the drop sinks, haemoglobin levels are considered high enough to donate, but if it doesn’t, a more accurate but invasive method of drawing blood from a vein is used.

However, results from an NIHR-funded study (INTERVAL), which investigated the appropriate frequency of blood donations, found that this system failed to identify up to 10% of people with haemoglobin levels below the required limit. These people were then sent through to give blood, putting them at risk of developing anaemia and iron deficiency.

Changes to donation screening were necessary to safeguard donors’ health. In response to this the NIHR, together with NHSBT, commissioned and funded the COMPARE study to compare different strategies and find the best method for screening donors’ haemoglobin levels.

The COMPARE study was set up and run from the NIHR Blood and Transplant Research Unit (BTRU) in Donor Health and Genomics, which is based at the University of Cambridge and is supported by the NIHR Cambridge Biomedical Research Centre. The unit uses NIHR funding to address major questions about the health of blood donors and produce evidence-based methods to improve donor safety, while ensuring a sustainable blood supply for the future.

Led by Professor Di Angelantonio, the COMPARE study recruited more than 21,000 donors attending blood donation sessions across England. The team analysed blood samples from study participants to compare the accuracy and donor safety of the four main methods of haemoglobin testing: NHSBT’s usual copper sulphate check; an estimate of haemoglobin level taken from the previous donation; a finger-prick test with HemoCue, a point-of-care device that measures haemoglobin level; and non-invasive photospectrometry (a light shone on the skin).

Performance of these four approaches was tested against a haematology analyser (a fast and accurate way to count and identify blood cells that can’t be used at every donation centre) as a reference. The results showed that the safest approach, in terms of the fewest donors with a low haemoglobin level accepted for donation, was the finger-prick HemoCue. The test was also quicker than the usual method (taking about one-fifth of the time) and performed consistently among donors of different ages and ethnicities.

The HemoCue test needs just a pinprick of blood from a finger, which is checked by a HemoCue machine to calculate an accurate haemoglobin level. Depending on the results, donors are either deferred or allowed to give blood.

HemoCue’s main disadvantage is that it would have deferred up to about 14% of donors who could have donated, i.e. their haemoglobin levels were actually high enough to donate blood. NHSBT continually recruits new donors to mitigate for the loss of existing ones.

The results from the COMPARE study, which is the largest study reporting on direct comparisons of four methods, have been published in the journal Transfusion Medicine.

Quick, accurate testing leads to a national change in policy

In 2018, the results from COMPARE directly led to an evidence-based policy change by NHSBT to replace its usual method of copper sulphate-based haemoglobin screening and venous blood sample with finger-prick HemoCue testing. NHSBT has completed the roll out of these changes across England, including staff training and updating protocol standards.

As a direct result of this change, about 100 blood donors each day – around 30,000 every year – are estimated to be saved from avoidable anaemia and potential iron deficiency.
Professor Emanuele Di Angelantonio

Professor Di Angelantonio said: “As iron deficiency can cause symptoms such as tiredness, shortness of breath and palpitations, these are significant benefits for donors – who generously give blood to help others.”

Professor David Roberts, Associate Medical Director for Blood Donation at NHSBT, said: "The COMPARE study has shown how we can accurately measure the haemoglobin levels of blood donors when they come to give blood. We are more certain donors are not low in haemoglobin or anaemic when they give blood."

NHSBT has implemented the findings and new methods across all centres, so the study has really helped improve donor care.
Professor David Roberts

COMPARE’s results have also prevented potential reputational and financial damage to blood services in England, which was possible if NHSBT had adopted non-invasive light-shining haemoglobin methods to screen haemoglobin levels without prior evaluation. These methods were introduced in blood services in countries including Ireland, Spain, and Bavaria, but their poor performance led to hundreds of donors developing avoidable anaemia by being bled when their iron stores were low.

According to Professor Di Angelantonio: “The evidence from COMPARE guided NHSBT to avoid spectrometry methods, showing that these methods did not offer sufficient accuracy, especially for people of different ethnicities and skin colour types.” The spectrometry methods were also unsuitable for blood services in countries with a large and ethnically diverse pool of donors such as the UK.

Commenting on the study’s role in changing nationwide practice, Professor Metin Avkiran, Associate Medical Director at the British Heart Foundation, said: “Best practice in medicine evolves when there is compelling new evidence generated by research. This careful and extensive study provides such evidence that is already having an impact on the methodology used to determine people’s suitability for safe blood donation.”

Alongside data from the INTERVAL study participants, the data for those recruited to the COMPARE study has been incorporated into a larger dataset of seven other large studies held by Health Data Research (HDR) UK. The participants’ data provides a valuable large-scale resource for researchers to access securely to investigate health conditions.

Donors participating in the COMPARE study also consented to joining the NIHR BioResource (a store of blood samples kept for genetic research), and have provided blood collected before the outbreak of the COVID-19 pandemic to Public Health England to help them evaluate a test to detect previous SARS-CoV-2 infection. Participants in the COMPARE study, together with the INTERVAL study participants, have also contributed to the TRACK-COVID study to help quantify and monitor the proportion of the population that has antibodies against SARS-CoV-2.