A study identifying key strategies to improve the influenza vaccination rate among people at risk of serious disease has informed guidelines used by general practitioners to plan and deliver their annual vaccination programmes.

Influenza is a common viral respiratory infection that spreads rapidly, with most cases occurring during an 8- to 10-week period in the winter in the UK. Influenza can be particularly dangerous for older people, very young children, pregnant women and those with existing health conditions, such as heart disease and weakened immune systems.

The seasonal influenza immunisation programme in England is delivered to protect these groups who are most at risk of serious illness or death following influenza infection.

Current influenza vaccines offer around 50-80% protection in the at-risk groups, but this level can only be achieved if enough people receive the vaccine. World Health Organization guidance has previously recommended that at least 75% (now 85%) of people aged 65 years and older and those aged under 65 in at risk groups, including pregnant women, should be vaccinated. In 2011–2012, England's Chief Medical Officer (CMO) also recommended a target of 75% and 60% for the same groups, respectively. 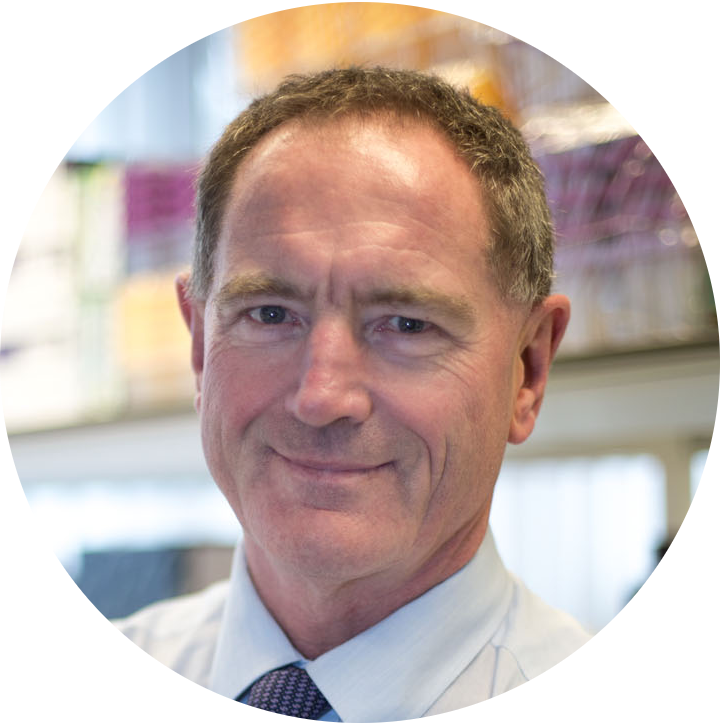 However, the 2010–2011 vaccination rates in England were only 72.8% for people aged 65 years and older and 50.4% for those aged under 65 in at risk groups, including pregnant women. These low uptake rates indicated a need for improved strategies to increase vaccine uptake and improve levels of protection.

In 2011, Professor Robert Read and his research team at the University of Sheffield were funded by the NIHR Policy Research Programme to investigate how influenza vaccination rates could be improved amongst at-risk groups in the UK.

Our research was needed in order to find practical ways of improving influenza uptake in target populations and, looking back, we did achieve that. This is about to become even more significant as we enter a potentially difficult winter.
Professor Robert Read, Professor of Infectious Diseases, University of Southampton

As the vaccination programme is mainly delivered through clinics or appointments in general practices, Professor Read’s study was designed to understand how individual practice’s strategies influenced vaccination rates.

The study team collected vaccination data from 795 general practices across England in the East Midlands, London, West Midlands and Yorkshire and Humber health authorities, with patients from these areas representing around 40% of the UK population. Information on the strategies and staff beliefs of participating practices was obtained from online surveys completed by more than 1,000 practice managers, practice nurses and GPs.

The researchers used data about actual numbers vaccinated and actual numbers eligible recorded for people aged 65 years and older and at-risk patients aged under 65 years, including pregnant women, to determine which strategies were most effective.

Influenza vaccination rates were found to vary from 15–100% across the 792 practices, indicating considerable scope for improving vaccine uptake, particularly in the under 65-year-old age group.

The study, published in BMJ Open, identified seven key factors that had a significant impact upon the success of influenza vaccination rates within general practice. The research team have used these findings to suggest strategies that practices could use to increase the uptake of the vaccine by 7–8%.

The strategies include a focus on leadership, whereby a lead member of staff runs the vaccination campaign and identifies eligible patients from up-to-date registers of patients at risk, making best use of practices’ IT systems. Personal invitations and reminders to attend for vaccination were also found to be effective, particularly among the 65 years and older age group.

Finally, working with community midwives to encourage vaccination among pregnant women was advised, as provision of the vaccine via a midwife was associated with a 4% higher vaccination rate.

Since the results were published in 2012, the suggested strategies have informed numerous governmental documents. For example, the recommendations first informed the 2012/2013 annual report of England’s CMO on Infections and microbial resistance, which noted that several of the study’s simple, low-cost strategies were “associated with increased vaccination rates among those aged over 65 years”. The recommendations were also summarised in annual guidance in the CMO’s 2012 seasonal flu plan.

Our research was the first to provide statistical evidence to support the validity of approaches. The study has subsequently been cited by a number of other studies which have confirmed the positive impact that GPs and other healthcare providers can have on patients’ uptake of the influenza jab and other vaccinations.
Dr Laura Dexter, clinical virologist at Public Health Wales and lead author for the study

The national flu immunisation programme 2021 to 2022 guidance letter issued by the Department of Health and Social Care, NHS England and Public Health England has maintained their recommendation to implement the study’s strategies across all general practices, with the strategies being included in Public Health England’s publication, The Green Book. In 2018, the Flu vaccination: increasing uptake guideline issued by NICE cited the study’s results, reporting that “well-organised general practices that implement multiple strategies ... for promoting uptake tend to have highest rates of flu vaccination”.

The learning has been publicised in professional magazines and has informed an online learning module for GPs, helping them prepare for the upcoming influenza season.

Vaccination is now proving to be of vital importance during the current SARS-CoV-2 pandemic and I am hopeful that our findings will continue to be helpful in this context.
Dr Laura Dexter, clinical virologist at Public Health Wales and lead author for the study