A major cause of cancer in men and women

In the UK, girls aged 12 and 13 have been offered the HPV vaccine since 2008. Uptake of the vaccine among girls in the UK is currently the highest in Europe, with more than 80% of women aged 15 to 24 having received the vaccine. Some types of HPV infections that are associated with cervical cancer have been reduced by 86% amongst 16 to 21-year-old women in England.

An HPV vaccination programme has been in place for men who have sex with men since 2016. However, many men may not have received the vaccine early enough, because the vaccine is most effective before exposure to the virus. National public health agencies therefore needed to assess whether a gender-neutral vaccination programme for both boys and girls would reduce the risk of HPV infection and be cost-effective for the NHS.

Evaluating the benefits of vaccinating boys 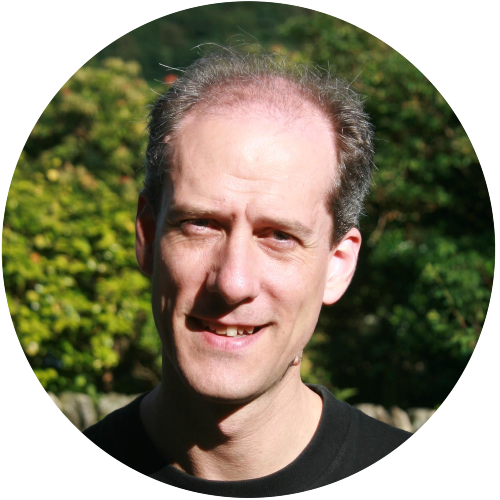 Supported by funding from the NIHR Policy Research Programme, Professor Matthew Keeling, who is based in both Mathematics and Life Sciences at the University of Warwick, led an experienced team of researchers to provide model-based evidence to guide decisions by Public Health England (now the UK Health Security Agency) about the vaccine.

Using data collected from a national survey, the National Survey of Sexual Attitudes and Lifestyles, the researchers developed a novel mathematical model to recreate patterns of sexual mixing in the UK. This was then used to predict the spread of HPV and estimate the consequences to people’s health.

An initial analysis of the health benefits and costs involved found that the high uptake of the vaccine by girls meant that vaccinating boys gave limited extra benefit for the costs involved. However, some of the greatest benefits from HPV vaccination may only become apparent in later life, as HPV-related disease often develops many years after exposure. The models Professor Keeling and his team applied were therefore adjusted to take account of this longer time scale - the gender-neutral programme was then found likely to be cost effective.

The model demonstrated that including boys in the HPV vaccination programme would help protect men from HPV-related diseases while also more rapidly reducing cervical cancer among women. The study’s results have been published in BMC Infectious Diseases.

Our mathematical predictions and economic analysis fully support the cost-effectiveness of introducing the vaccination of boys to the HPV immunisation programme. Our work clearly shows how effective the girls vaccination programme continues to be; the addition of boys will generate extra protection to both genders against a range of cancers.
- Professor Matthew Keeling, University of Warwick

Professor Keeling and his team’s results provided long-term projections of the impact of switching to a gender-neutral HPV vaccination programme that included boys, supporting the analyses of Public Health England. These results were collectively considered by the Joint Committee on Vaccination and Immunisation (JCVI), an independent panel of experts that provides advice to the four UK health departments, which recommended that boys aged 12 and 13 should be offered the HPV vaccine.

The Department of Health and Social Care considered the health benefits, cost-effectiveness and considerations for equality between the genders into account, and approved the expansion of the HPV vaccination programme to adolescent boys across the UK from September 2019.

This universal programme offers us the opportunity to make HPV-related diseases a thing of the past and build on the success of the girls’ programme.
- Dr Mary Ramsay, then Head of Immunisation at Public Health England

Two doses are given for full protection, with the first offered to boys and girls aged 12 and 13, and a second dose given between six and 24 months later. Dr Mary Ramsay, then Head of Immunisation at Public Health England, encouraged all parents of eligible children to take up the offer of vaccination. She said: “It’s important not to delay vaccination, as the vaccine may be less effective as adolescents get older.”

Dr David Elliman, Immunisation Expert for the Royal College of Paediatrics and Child Health and Consultant in Community Child Health at Great Ormond Street Hospital, also commented: “The UK programme to vaccinate girls against HPV infection has been very successful. While, because of herd immunity, there has also been a reduction in HPV infection in males, the most effective way to protect them is for them to have the vaccine themselves.

“Therefore, we welcome the introduction of the vaccination programme for Year 8 boys. In time, this will lead to a significant reduction in cancers of the anus, penis and head and neck.”

This NIHR-funded research has helped to bring boys’ protection against HPV-related disease in line with that offered to girls via the existing HPV vaccination programme. The new vaccination programme is expected to prevent more than 100,000 cancers over 50 years. Parents of boys and girls who are eligible for the vaccine are encouraged to have their children vaccinated, to protect not only their own children but also future generations against preventable diseases caused by HPV.