The PARTNER2 study has confirmed that antiretroviral treatment for HIV reduces the risk of sexual transmission between gay male partners to zero.

The human immunodeficiency virus (HIV) damages the immune system, making people more vulnerable to everyday infections and diseases. However, antiretroviral therapy (ART) has transformed the outlook for people living with HIV, with 98% of people diagnosed with HIV in the UK taking the daily medication. 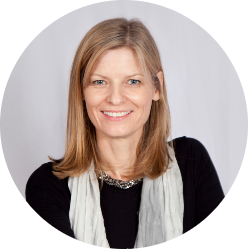 In 2014, the NIHR Research for Patient Benefit Programme funded the PARTNER2 (Partners of People on ART - A New Evaluation of the Risks) study to investigate the risk of HIV transmission through sex without a condom between gay male partners. As the lead investigator, Professor Alison Rodger from the Institute for Global Health atUCL, explained: “The PARTNER2 study was designed to find whether HIV transmission occurs between gay men when viral load was suppressed, to give equivalent strength of evidence for gay men as the PARTNER1 study had provided for heterosexual couples.”

The NIHR understood how important answering this question was for people living with HIV across multiple areas of their life.
Professor Alison Rodger, chief investigator for PARTNER1 and 2

PARTNER2 was an extension to the PARTNER1 study, funded by NIHR Programme Grants for Applied Research. PARTNER1 investigated the risk of HIV transmission through condomless sex between almost 900 heterosexual and gay couples, where one partner was HIV positive and the other HIV negative (serodifferent), with the HIV-positive partner taking effective ART. Also led by Professor Rodger, PARTNER1 found that no HIV transmissions occurred between partners and that the risk of transmission during the reported 58,000 condomless sex acts was zero. The results of this study were published in JAMA in 2016.

While PARTNER1 reported clear results for heterosexual couples, more data on serodifferent gay male couples were needed to provide definitive evidence of the transmission risk when the HIV-positive partner was on suppressive ART.

PARTNER2 enrolled 972 serodifferent gay male couples from 14 European countries, including the UK, into the study. Couples could participate if the HIV-positive partner was taking ART and the HIV-negative partner did not use ART medication before (PrEP) or after (PEP) sex to prevent transmission.

Couples were monitored for approximately 2 years between 2010 and 2018 and reported their sexual behaviour by questionnaire every 6 months. Researchers tested blood samples for new HIV diagnosis in the negative partners and to record the viral load in HIV positive partners every 6 to 12 months.

In the largest study of its kind, the landmark PARTNER2 study provided clear evidence that, like in the original PARTNER1 study, zero HIV transmissions occurred from a partner on ART following approximately 75,000 condomless sex acts and 1600 years of follow-up. To put the risk into context, Professor Rodger explained: “Statistically, the upper limit of confidence around our study finding of zero transmissions means that, in the worst-case scenario, you would still have to have condomless sex for 419 years to have an outside possibility of one transmission.”

The PARTNER2 team estimated that during the study around 500 HIV transmissions in HIV-negative gay men were prevented by the positive partner taking ART. Although 15 HIV infections were reported during the study, genetic analysis of the viruses from both partners showed that the new infections were transmitted from condomless sex outside of the main relationship and were not acquired from the positive partner on suppressive ART.

The evidence from PARTNER2 therefore showed that ART is just as effective at preventing HIV transmission for gay couples as it is for heterosexual couples. As Professor Jens Lundgren, Professor in Infectious Diseases at Rigshospitalet at University of Copenhagen and co-investigator for the PARTNER2 study, pointed out: “Unprotected anal sex is the riskiest sexual behaviour when it comes to HIV transmission. If the HIV treatment was not fully protective, some of the HIV-negative individuals in the period of testing should have had the virus transmitted by their partner. But that did not happen”. The PARTNER2 study results were published in The Lancet in 2019.

With funding from NIHR Programme Grants for Applied Research, further research led by Professor Andrew Phillips at UCL assessed the outcome of recent studies, including PARTNER, to determine whether giving ART to all people diagnosed with HIV to prevent new infections would be a cost-effective treatment strategy. The evidence contributed to the NHS’s decision to offer ART immediately after HIV diagnosis. This new policy and subsequent changes to practice led to an estimated 71% decrease in new HIV cases in England and Wales, from 3,500 in 2015 to 800 in 2018.

Dr Michael Brady, Medical Director at the Terrence Higgins Trust and National NHS Adviser for LGBT Health, said of the PARTNER studies: “It is impossible to overstate the importance of the findings about this crucial treatment, which the NHS provides to all patients as soon as they are diagnosed with HIV.”

The study has given us the confidence to say, without doubt, that people living with HIV who are on effective treatment cannot pass the virus on to their sexual partners. This has incredible impact on the lives of people living with HIV and is a powerful message to address HIV-related stigma.
Dr Michael Brady

For people living with HIV, knowing that taking effective ART prevents HIV transmission to their partner is life changing and enables them to make informed choices about condom use. However, the study also highlights the importance of earlier testing, diagnosis and treatment for those at risk of infection. Some people face many barriers to getting tested for HIV or accessing care, in addition to the fear, homophobia and stigma associated with HIV.

The PARTNER2 researchers hope their evidence can reduce this stigma by reinforcing the ‘Undetectable = Untransmittable’ (U=U) message, developed by Bruce Richman and the Prevention Access Campaign in 2016, which states that a suppressed viral load makes HIV untransmittable. The message has been endorsed by more than 1000 HIV organisations in more than 100 countries and aims to reduce stigma for people living with HIV, as well as impacting on the HIV pandemic by preventing HIV transmission.

Professor Rodger worked with Bruce Richman and Prevention Access to increase global coverage of the study’s findings and the U=U message when the PARTNER2 results were published in 2019. In the same year, the PARTNER2 study was rated as globally influential, ranking number 29 out of 2.7 million research outputs and won the European Hector Research Award for most impactful HIV research in Europe.

Simon Collins is an HIV-positive treatment activist at HIV i-Base, London, who was involved with the study as a community representative. He said:

PARTNER2 has met the community demand from gay men to have accurate data about our health. Our data continue to support the international U=U awareness campaign.
Simon Collins, community representative for PARTNER2

The significance of PARTNER2’s results has been acknowledged internationally, with the strength and quality of its evidence underpinning World Health Organization and UNAIDS guidelines and the current US national HIV/AIDS treatment guidelines and strategy. In 2019, the US Centers for Disease Control and Prevention (CDC) made unprecedented changes to their HIV recommendations for prevention strategies for acquiring or transmitting HIV.

PARTNER data has also led to the modernisation or repeal of HIV-specific laws in some countries where people living with HIV are criminalised, including in the US, Malawi, Canada, the Democratic Republic of Congo, Brazil and Belarus.

Reflecting on the next steps, Professor Rodger said: “Increased efforts must now focus on wider dissemination of this powerful message and ensuring that all HIV-positive people have access to testing, effective treatment, adherence support and linkage to care to help maintain an undetectable viral load”.