Autistica has had a long history of collaboration with the NIHR, developing research priorities with the James Lind Alliance that have influenced funding by the charity itself, the NIHR and other funders.

The NIHR collaborates with charities on high quality research in areas of shared interest, to drive alignment in the health and care research ecosystem and make best use of resources and expertise.

A shared approach to research

Autistica is a UK autism research charity that exists to ensure every autistic person has the right to a long, healthy, happy life. They aim to do that by:

Autistica was keen to work with the NIHR because of its focus on patient benefit as the goal of research, said Dr James Cusack, Director of Science at Autistica. “Our charity’s approach to research and that of the NIHR are quite aligned, which means we’ve had a similar starting point when it comes to collaborating on research,” he said. 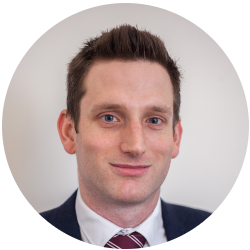 Autistica’s collaboration with the NIHR began in early 2015, when the charity decided to embark on a piece of work with autistic people and those who understand the condition to determine what they needed from health and care research.

“Back in 2013-14, autism wasn’t a priority for healthcare research and autistic people and their carers didn’t feel that they were being listened to,” said Dr Cusack. “Also, seeing as autism was an underdeveloped research field at the time, we wanted to hear from researchers and other organisations to develop a consensus on the priorities for research.”

The charity opted to work with the NIHR-funded James Lind Alliance (JLA), which helps clinicians, patients and carers to work together to identify and prioritise evidence uncertainties that could be answered by research.

“We decided to run a Priority Setting Partnership with the JLA because it’s an independent, objective process for identifying research priorities, which gives the outcomes more validity with the community than if Autistica had run a consultation itself,” said Dr Cusack.

The JLA advisors helped the charity to run a survey to gather evidence uncertainties from patients and carers, clinicians and autism organisations. The 3,331 questions submitted were then narrowed down at a workshop with autistic adults and young people, parents and professionals, to create a list of the top 10 priorities for research in autism.

Following the publication of the top 10 priorities for autism research, Autistica has funded research to tackle a number of the important areas identified by the partnership.

For example, the charity has funded several research projects on the number one priority of improving mental health or reducing mental health problems in autistic people, such as a study at the University of Nottingham on suicide in autism.

“We used the outcomes of the Priority Setting Partnership to shape Autistica’s research strategy and continue to use them in our policy work,” said Dr Cusack. “The priorities have also been picked up by other funders, including in the US, so the exercise is having a far reaching impact on autism research.”

One such impact is on the research funded by the NIHR, which has been working closely with Autistica to fund research on mental health in autism.

Following the Priority Setting Partnership, the NIHR Health Technology Assessment (HTA) programme worked with Autistica to develop commissioning briefs based on two of the top 10 priorities, to refine the broad evidence uncertainties into tractable research questions. 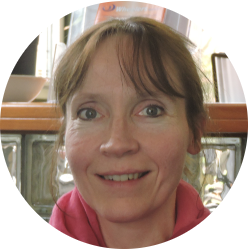 Dr Jemma Kwint, Scientific Advisor at the NIHR Evaluation, Trials and Studies Coordinating Centre (NETSCC), said, “To successfully target our funding at the new priorities identified by the partnership, we knew we needed to collaborate with Autistica to avoid duplication and ensure our ongoing funding in this area had the most impact.”

In particular, Autistica recommended autistic people who could input into the commissioning briefs for the HTA calls and review research proposals submitted to the NIHR once the calls opened.

“Input from people with lived experience of a condition is incredibly important to ensure the research that we fund is truly relevant, but it can be a challenge to identify such individuals,” said Dr Kwint. “Through our relationship with Autistica, we were able to get not one but two reviewers whose advice informed our decision making for this HTA call.”

The HTA programme has now funded the £1.7 million STRATA study, which is investigating the effectiveness of the antidepressant sertraline in adults with autism. Autistica was a co-applicant on this research proposal and is now very involved in the study itself, in particular the patient and public involvement and the plans for dissemination.

As a result of their ongoing collaboration, Autistica and the NIHR regularly recommend clinicians and autistic people to advise on each other’s activities.

In 2017, the NIHR recommended potential chairs for Autistica’s new autism research network and provided suggestions for experts to join the charity’s autism and epilepsy workshop.

The NIHR has also fed into Autistica’s research strategy, offering its expertise in particular on research delivery in the NHS.

The NIHR Clinical Research Network shared its experience of Clinical Studies Groups with Autistica, which helped Autistica to avoid ‘reinventing the wheel’ and design a researcher network that is complementary to existing structures, including those of the NIHR.

The NIHR now inputs regularly into Autistica’s Discover network for researchers. “This helps us to understand the challenges researchers might be experiencing and gives us access to Autistica’s communities of researchers, healthcare professionals and people with autism,” said Sine Littlewood, Head of Business Development & Marketing (non-commercial) at the NIHR Clinical Research Network (CRN).

The added value of collaboration

Every organisation has its own particular strengths that other organisations can learn from. “The NIHR has a broad overview of the health research landscape, which Autistica has benefited from, and robust policies and processes for funding high quality research,” said Dr Cusack.

“In return, our charity really understands the views and issues experienced by autism researchers and autistic people and their carers - insight that the NIHR can access through our collaboration,” he added. This extends to understanding how to influence the commissioners and policymakers in the area of autism, to ensure research can improve people’s lives.

The impact of the collaboration between Autistica and the NIHR now reaches beyond the activities of the two organisations and into the wider health and care system. For example, Autistica and the NIHR are collectively advising NHS England on actioning the NHS Long Term Plan with regard to people with autism and learning disabilities.

"Our work with Autistica is a great example of how NIHR and research charities can learn from and support each other in areas of shared interest," said Sine.