The NIHR supports research ideas from professionals across health and social care, including general practitioners

Dr Matthew Ridd is a GP and Reader in Primary Healthcare at the University of Bristol. He’s previously held an NIHR Clinical Lectureship and an NIHR Clinical Trials Fellowship, and is now an NIHR Post-Doctoral Fellow. He explains how funding from the NIHR Research for Patient Benefit (RfPB) Programme gave him his first step into substantial research grants. 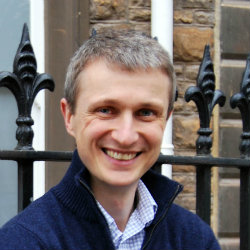 Why did you decide to apply for research funding?

Childhood eczema is an important, common primary care topic yet it’s also a ‘Cinderella’ subject. It’s commonly dismissed as a ‘bit of dry skin’, and historically GP training in dermatology has been poor. Most children with eczema are diagnosed and managed exclusively by GPs. Emollients (moisturisers) are the mainstay of treatment, but there are many different types and hardly any head-to-head trials to show which are best.

What is the research idea that you applied for RfPB funding to address?

One of the agreed priorities for both patients and health professionals was to understand which emollients are the most effective and acceptable in treating eczema, so I decided to focus my efforts in this area.

What made you apply to the RfPB programme with your research idea?

There were uncertainties about how to design and conduct a definitive trial comparing different types of commonly used emollient, so we sought funding to conduct a feasibility trial. This fitted with the remit of patient benefit for the NIHR Research for Patient Benefit (RfPB) Programme.

The resulting study, Choice Of Moisturiser in Eczema Treatment (COMET), helped determine that a clinical trial comparing different emollients for the treatment of childhood eczema could be conducted.

How did you develop your research idea into a full proposal?

I worked with my collaborators - a mixture of methodologists and clinicians - and also with the Bristol Randomised Trials Collaboration. Patient and public involvement work also helped to develop the proposal. And I had help from my mentors, Professor Chris Salisbury and Professor Sarah Purdy, who are GPs and researchers in the same academic centre as me.

The dermatologist and dermatology nurse on the study both worked at University Hospitals Bristol NHS Trust, so we had access to help from there. Also, the study was hosted by Avon Primary Care Research Collaborative/Bristol CCG, who were very supportive.

The proposal was discussed/developed through the SAPC Skin research specialist interest group, which in turn is supported by the Centre for Evidence Based Dermatology and UK Dermatology Controlled Trials Network.

Did you know from the start that as an ‘early career’ researcher you could lead the proposal?

It was made clear to me by my collaborators that with senior experience within the research team, I could be supported to lead the application and delivery of the study. This was particularly relevant given that I was asking for a (relatively) modest amount of funding.

How did you go about writing the research application itself?

I went through many drafts and redrafts, and put in a lot hard work up to the final submission!

How did patient and public involvement help shape your research?

Three parents of children with eczema made detailed comments on the draft versions of the proposal. Specifically, they approved the proposed recruitment strategy, considered the feasibility of collecting weekly patient-reported outcome data for 3 months, prioritised the outcomes (symptoms first, appearance of the skin second, and acceptability of the emollient third), suggested means of disseminating the findings, and helped write the plain English summary and chose the study acronym.

Regarding the patient information sheets, they said to emphasise the lack of evidence for one emollient over another and the chance element already involved in current emollient prescribing.

What support did you receive from staff at the NIHR RfPB programme?

The feedback on my application was constructive and the programme team was helpful in supporting a (no-cost) 4 month extension to the study due to delays in set-up.

What did your research find?

We showed that it is feasible in primary care to randomise young children with eczema to different emollients and follow them up. We also noted that it was common for parents to use other emollients, which had implications for the follow-on trial.

We have published in several journals, and all the outputs of the study are listed here.

How do you think NIHR funding has helped your research career?

One of my first post-doc grants came from the NIHR School for Primary Care Research, for a study called POPPIE (Predictors Of Persistence and Psychological Impact of Eczema), which helped establish me in the field of eczema/dermatology research. The School has also subsequently funded another study of mine called TEST (Trial of Eczema allergy Screening Tests), which started in 2017 and is ongoing.

I started my NIHR Clinical Trials Fellowship just as I was applying for my RfPB grant. It was excellent timing - I was able to use my fellowship, working in the trials units, to help support the set-up and delivery of my first major study.

RfPB funding has given me that first, important step onto the pathway for ‘substantial’ research grants between £100k and £500k - and all the associated learning and experience that goes with that.

And as a consequence of my RfPB grant, I have been able to publish and attract funding for other related studies studies, and I’m involved in a series of studies answering common but important primary care skin-related research questions.

What are your next plans for your research?

On the back of the COMET study, the definitive BEE study (Best Emollient for Eczema) has been funded by the NIHR Health Technology Assessment Programme and is currently recruiting.

The study aims to find out which emollients are most acceptable and effective for eczema. So many of the uncertainties about this main trial were addressed in COMET, providing reassurance to the board about the viability of this researcher-led application.

What are your main pieces of advice for other early career researchers who are considering applying for research funding?

Make sure the research question is important to patients/clinicians, the NHS/funder and you – because if not, you risk wasting participant’s time, public money and your own life delivering it!