NIHR researchers have developed new ways of diagnosing and treating severe bleeding after traumatic injury. Their revised protocol has been adopted by almost all major trauma centres in the UK and incorporated into clinical guidelines around the world, saving hundreds of lives and making significant cost savings for the NHS.

NIHR researchers have developed new ways of diagnosing and treating severe bleeding after traumatic injury. Their revised protocol has been adopted by almost all major trauma centres in the UK and incorporated into clinical guidelines around the world, saving hundreds of lives and making significant cost savings for the NHS.

Traumatic injury - such as a car accident, fall or stabbing - is a leading cause of death for people under the age of 45, causing more than 12,000 deaths each year in the UK alone. One of the most common causes of death in trauma patients is uncontrolled bleeding, which contributes to more than half of all injury deaths in the UK and more than 2 million deaths globally.

Bleeding patients need prompt and effective treatment to not only save their lives but also reduce disability among survivors. However, providing the correct treatment and quantity of blood during the first hours of emergency care can be extremely challenging for healthcare professionals.

Until 2008, the standard treatment for major blood loss after trauma was to quickly transfuse large volumes of saline, red blood cells, plasma and platelets. Despite large transfusions, many patients continued to bleed uncontrollably and die within the first day of their injury. 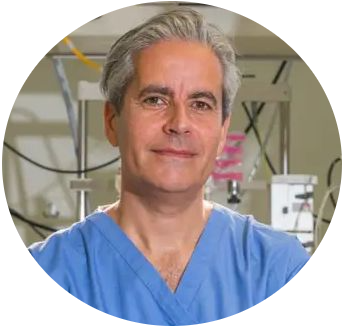 One of the main reasons for the high death rate is abnormal blood clotting (known as coagulopathy). Professor Karim Brohi is Professor of Trauma Sciences at Queen Mary University of London and Consultant Trauma and Vascular Surgeon at Barts Health NHS Trust, London. He said: “We had previously identified that some trauma patients’ blood does not clot properly even before they have had any blood transfusions, because clotting is disrupted by the injuries and shock state.”

Replacing blood loss with fluids and plasma saved some lives, but also led to other patients bleeding more from trauma-induced coagulopathy. Although blood clotting agents helped control bleeding in some cases, tests to confirm the amounts needed took too long in practice and for some patients led to further complications and wasted blood.

With each massive blood transfusion estimated to cost the NHS up to £24,000, understanding how to treat individual trauma patients was an opportunity to reduce deaths and save blood stocks by more appropriate use of supplies. “Early, aggressive treatment had the potential to improve survival in people with this acute clotting disorder,” said Professor Brohi.

Supported by funding from the NIHR Programme Grants for Applied Research, Professor Brohi and a team of experts from NHS Blood & Transplant (NHSBT), Oxford and Exeter designed a programme of research to improve outcomes for bleeding trauma patients by developing new approaches to their treatment. Their results were published in the NIHR journal Programme Grants for Applied Research.

The team first carried out reviews of existing trials to understand how the treatment bleeding trauma patients received in hospital affected how much transfused blood they required, how coagulopathy was managed and the number of deaths resulting from blood loss.

According to Professor Brohi: “We found that only 2% of patients with massive haemorrhage received the optimal type of blood transfusion for their resuscitation.” Their results, published in the British Journal of Surgery, revealed that nearly half of patients needing a massive blood transfusion died within 1 year of their injury, with half of these deaths occurring in the first 24 hours after injury and a quarter of all deaths in the first 4 hours. Explaining how these findings could alter clinical practice, Professor Brohi said: “Our results presented a clear opportunity for clinicians to improve the delivery of blood and clotting products during resuscitation for major haemorrhage.”

Correct treatment with clotting agents was known to improve patients’ survival, so finding a quicker way to test patients’ blood for coagulopathy was a priority. The team trialled a new blood test for coagulopathy, called rotational thromboelastometry. This test reliably identified early coagulopathy within 5 minutes, compared with the 90-minute delay for the standard test. Patients could then benefit from life-saving treatment sooner after arriving at hospital, giving them a much higher chance of survival.

We identified a faster way to diagnose when patients’ blood is not properly clotting after trauma and showed that treatment with specific blood products could be improved in the crucial hours immediately after trauma.
Professor Karim Brohi, Professor of Trauma Sciences at Queen Mary University of London and Consultant Trauma and Vascular Surgeon at Barts Health NHS Trust, London

The study was initially carried out in two leading UK trauma centres: Royal London Hospital and John Radcliffe Hospital, Oxford. It went on to recruit patients from other large trauma centres, including from Oslo and Amsterdam, as part of the International Trauma Research Network, which supports evidence-based changes to treatment for clinical practice and policy around the world.

By the end of the research period, deaths from blood loss among trauma patients at the Royal London Hospital were reduced by one third. Patients with haemorrhagic shock (loss of more than 20% of blood) benefited the most, being four times less likely to die than under previous treatment procedures.

The team’s findings were incorporated into the Royal London Hospital’s clinical practice throughout the research period, altering procedures to offer patients the best care. This included changes to the hospital’s Code Red protocol.

Before 2008, Code Red was usually called when a patient’s bleeding remained uncontrolled after a large blood transfusion. The updated Code Red protocol identifies patients in need of a major transfusion before coagulopathy occurs, often in an ambulance, and treats them with clotting agents to prevent further bleeding.

The revised Code Red protocol has now been adopted by almost all major trauma centres in the UK and incorporated into clinical guidelines around the world.

In 2016, the NICE guideline for major trauma: assessment and initial management was updated to incorporate the study’s findings. The combination of changes - from faster coagulopathy tests at patients’ bedsides, to new procedures to trigger the coordination of a massive blood transfusion - have led to dramatic changes in trauma management practice.

Ten years after the Code Red protocol was updated, the team reviewed its impact for patients treated at the Royal London Hospital’s trauma centre. Published in Annals of Surgery, the results showed that the total number of deaths declined from 45% to 27% between 2008 and 2017, and deaths within the first 24 hours reduced by half. Survivors were more likely to be discharged to their own home, indicating reduced rates of long-term disability, and the average amount of blood used during transfusions fell from 12 to 4 units.

Overall, the new treatment protocol is estimated to have saved more than 500 lives per year in England and Wales and reduced patients’ average hospital stay by half. Combined with the reduced use and waste of blood products during treatment, the project makes significant savings for the NHS of over £6 million per year.

The team’s work also indicated that traditional plans to prepare for mass casualty events, including large-scale terrorist attacks, had little impact on the provision of blood to critically injured casualties. They found that plans focusing on ways to restock blood should be prioritised, with their work informing plans for the London Olympics in 2012 and national preparation for multiple casualty incidents.

Despite advances in trauma care, the number of trauma patients continues to rise and particularly in relation to falls amongst the elderly. In 2017 the NIHR Health Technology Assessment Programme co-funded the Cryostat2 randomised controlled trial to investigate whether early treatment of trauma patients with a new drug to promote clotting, cryoprecipitate, improve their survival from major bleeding.

Reflecting on the role of their research on practice and improved patient care, Professor Brohi said: “We have a much deeper understanding of trauma-induced coagulopathy in all its forms and a better understanding of the role of clotting therapy in the management of these conditions. We have new therapeutic agents and others in clinical trial pipelines.”

Everything we have been able to achieve over the past decade has stemmed from the initial support we received from NIHR in 2008.
Professor Brohi